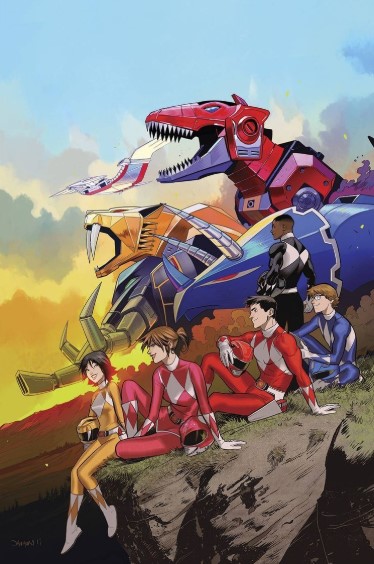 Often by the end of an episode the villain of that week would find themselves on the verge of defeat. In order to gain the upper hand Rita Repulsa would make these monsters grow to colossal size. This meant that the regular sized rangers would be significantly outmatched. However, they would usually have an ace up their sleeves.

Dinozords were robotic vehicles that the rangers could control. Each member of the team had their own unique dinozord. They allowed the heroes to take on stronger enemies with ease.

This was controlled by the red ranger. It was the strongest dinozord out of them all. Its robotic claws and tail could be very useful during battle. Additionally, its roar could create powerful sonic blasts.

The yellow ranger drove this fast moving robot. Its main strength lay in its high speed. However, the laser cannon found on its tail was also effective. So too were its sharp fangs.

With a twin cannon that fired laser blasts, this dinozord was ideal for long range attacks. The blue ranger controlled it and would often use a chain throwing move to subdue enemies.

Kimberly Ann Hart, AKA the pink ranger used this robot to fly around Angel Grove. It would shoot lightning bolts as its primary 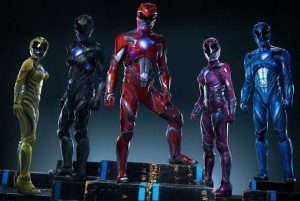 attack. This was the only dinozord capable of flying.

Unlike the other robots this one used ice to defend itself. It would shoot freezing blasts to subdue villains, as well as unleash a mist to confuse them. This was controlled by the black ranger, Zack Taylor.

The green and red ranger have both at one time used this special robot. It is significantly more powerful than the other ones. The dragonzord has a cockpit but can also be controlled using a magical dagger.

Sometimes even dinozords are not enough to defeat a powerful foe. In these scenarios they would each combine together to create a massive and highly powerful humanoid machine. It resembled a transformer in both its look and capabilities. The rangers could make it turn into tank mode. When this happened the Triceratops provides the tread wheels. Meanwhile the other dinozords use each of their cannons to give a devastating attack.

In humanoid mode this robot could produce a giant sword. It would then use this weapon during melee fights with enlarged monsters. Originally seen in Mighty Morphin Power Rangers, the megazord has become so popular that it is now an iconic part of the entire series. Spin-off shows often feature a variant of the megazord. However, it is conspicuously absent from several episodes. It can also be seen in the big budget Hollywood reboot of 2017.